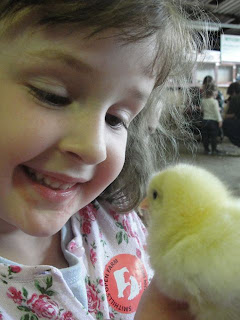 Oh, how I do love this time of year.

The changing seasons, the moving toward winter. The colours of autumn, the smells of comfort food, the walks in the woods through rich autumn sunlight....

Michaelmas is almost upon us & here are my plans for tomorrow:

The feast of Saint Michael, one of the seven archangels of Scripture, originated in the sixth century. Michael, whose name in Hebrew means "Who is like God?", is revered as the leader of the angelic army who will conquer Satan and his armies of demons, and is considered the defender of the Church.

And there was war in heaven: Michael and his angels fought against the dragon; and the dragon fought and his angels,
And prevailed not; neither was their place found any more in heaven.
And the great dragon was cast out, that old serpent, called the Devil, and Satan, which deceiveth the whole world: he was cast out into the earth, and his angels were cast out with him.
Revelation 12:7-9

Legend has it that when the archangel Michael threw Lucifer out of heaven (on what would become Michaelmas), the devil landed in, of all places, a blackberry patch, where he promptly spat on the berries, rendering them inedible! So by long held tradition on Michaelmas you should eat your fill of blackberries before they're no good!

We shall be having our annual afternoon Michaelmas Tea, with Blackberry Tea & Blackberry Jam Tarts

Blackberry Jam Tarts
Ingredients
• 14 oz plain flour
• 7 oz butter , chilled and diced
• 1 & 3/4 oz caster sugar
• 2 egg yolks
• 340g jar jam , use 1 flavour or a mix if you have them
Method
1. Whizz the flour and butter to breadcrumbs in a food processor. Add the caster sugar and mix. Add the yolks and pulse until it comes together (you might need to add a splash of water). Wrap in clingfilm and chill for 20 minutes.
2. Heat the oven to gas 5. Roll out the pastry and stamp out circles big enough to fit 2 x 12-hole jam tart tins. Bake for 15 minutes then add small spoonfuls of jam to each and bake for 5 minutes.

For dinner I am going to make a rabbit stew! Goose is the traditional fare for Michaelmas, but a hunting friend has given us a rabbit, so rabbit it shall be.
To follow, the girls will be baking a chocolate cake. I found some white chocolate stars in the supermarket today which will be a lovely addition to the cake, as Rosie has started to see the nights drawing in again. She has become so used to going to bed in the daylight!

Weather dependent, we may go out to fly our kites tomorrow, but the weather is unusually hot right now.
I am planning to make a start on lanterns for martinmas, so we may do some wet on wet watercolour tommorow, that we can later use for our Martinmas lanterns.

We shall be sketching the 'Michaelmas Daisies' in our garden- a wildflower, an aster with many small star-like flowers, that blooms in late September, known as the Michaelmas daisy. They make an ideal posy for the Michaelmas table.
Posted by Lynn at 06:51