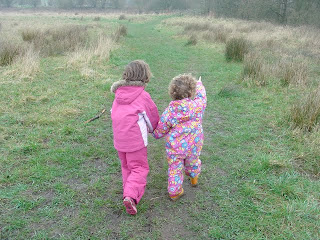 Joyful, joyful, we adore Thee, God of glory, Lord of love;
Hearts unfold like flowers before Thee, opening to the sun above.
Melt the clouds of sin and sadness; drive the dark of doubt away;
Giver of immortal gladness, fill us with the light of day!

All Thy works with joy surround Thee, earth and heaven reflect Thy rays,
Stars and angels sing around Thee, center of unbroken praise.
Field and forest, vale and mountain, flowery meadow, flashing sea,
Singing bird and flowing fountain call us to rejoice in Thee.

Thou art giving and forgiving, ever blessing, ever blessed,
Wellspring of the joy of living, ocean depth of happy rest!
Thou our Father, Christ our Brother, all who live in love are Thine;
Teach us how to love each other, lift us to the joy divine.

Mortals, join the happy chorus, which the morning stars began;
Father love is reigning o’er us, brother love binds man to man.
Ever singing, march we onward, victors in the midst of strife,
Joyful music leads us Sunward in the triumph song of life.

Psalm 100
Make a joyful noise unto the LORD, all ye lands.
Serve the LORD with gladness: come before his presence with singing.
Know ye that the LORD he is God: it is he that hath made us, and not we ourselves; we are his people, and the sheep of his pasture.
Enter into his gates with thanksgiving, and into his courts with praise: be thankful unto him, and bless his name.
For the LORD is good; his mercy is everlasting; and his truth endureth to all generations.

A caterpillar crawled to the top of a tree.
"I think I'll take a nap'" said he.
So - under a leaf he began to creep
To spin his cocoon, & fell asleep.
All winter he slept in his cocon bed,
Till spring came along one day & said,
"wake up, wake up, little sleepy head.
"Wake up, its time to get out of bed."
So - he opened his eyes that sunshiny day.
Lo! he was a butterfly - & flew away!

"Come, little children," (beckon)
Calls mother hen.
"It's time to take your nap again". (head on hands)
And under feathers (make arms into wings)
The small ducks creep,
And she clucks a song
Till they fall asleep (head on hands)

Little snail, little snail,
on the rock you make a trail,
Carry your house upon your back,
It takes so long to get there & back,
But even though you're not very fast,
You're happy that spring has come at last

Lynn, I LOVE that picture of the girls - how they are holding hands. It's so sweet!

And thank you for this circle time. I don't have Wynstone's Spring or Summer and feel quite naked without them - lol! So I will be borrowing your verse for the month and maybe will break down and just buy them. I really use them a ton and love them! Thanks for a marvelous post again and the girls are almost ready with their package to their special pen pals :D

I love the picture of your girls holding hands - so sweet!. Thanks for your circle time, I LOVE that Hymn! I hope you dont mind if I print it off for us to sing in our bible time. I am sure that all the joyful singing from all who have been reminded of this beautiful hymn through your post will be a sweet sweet sound to our Lords ears this week!
Blessings in Christ
Shirley

Hi Lynn,
Your photos are always just beautiful. I love getting those glimpses of your life, being inspired by the loveliness around your homeschool. Did you know that we used to have an online toy business called Ladybug Toys? We sold some Waldorf toys, lots of wooden blocks, push ducks, cloth dolls, etc. Natural toys. Don't know if I ever told you that?! Anyway, your photos always remind me of of that special time in our lives.
Blessings,
Lisa

Lynn thanks for sharing, I look forward to your hyms and wynsotnes posts so much! with love, jayna